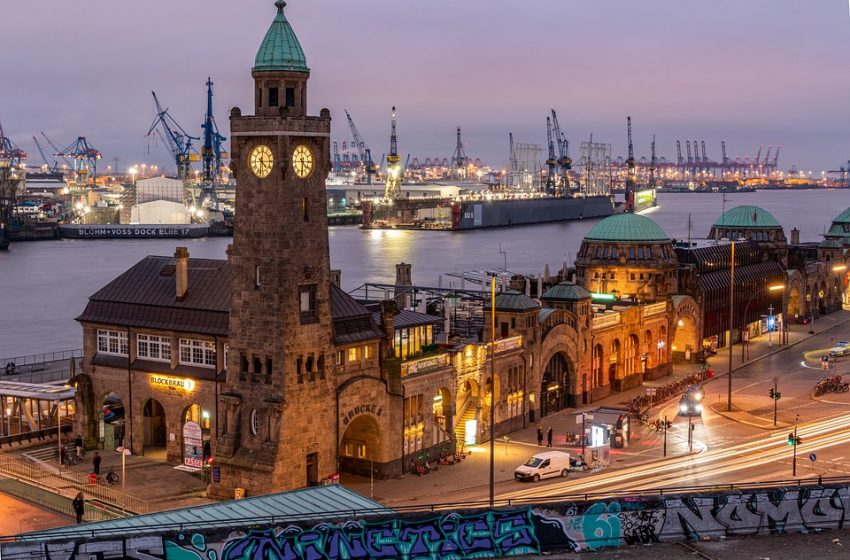 In 2020, China replaced the US as the EU’s largest trading partner. This makes fair regulations that favor trade relations in a multilateral world all the more important. In this regard, the Comprehensive Agreement on Investment (CAI) concluded between China and the EU on 30 December 2020, represents a very significant mainstay.

The agreement has not yet been signed and requires ratification by both contracting parties. In the EU, this means the European Parliament and Council must approve it, which it has so far declined to do. Yet, were the EU to resume its ratification of the CAI this deal would provide regulations on mutual market access and fair competitive conditions.

The CAI is not a free trade agreement. It therefore regulates neither free trade in economic goods nor free trade in services. Thus, among other aspects, the CAI does not contain any regulations on the participation of foreign companies in tenders in China.

Here, I will discuss the relevant contents of the CAI, from the point of view of German and European companies. To understand the scope of the improvements intended by the agreement for European investors in China, we will first briefly outline the economic and legal background (item 1). We will then analyse the regulations on improved market access for European companies in China (item 2). Depending on the sector, in the past Chinese market access for European companies had, in some cases, been completely prohibited or made strenuously difficult, not least due to limits on shareholdings or joint ventures. In this respect, China's domestic law on foreign investment from 2020 has already created an opening. Substantial facilitations were introduced thereafter. In addition, the CAI contains commitments by China in the area of creating fair competitive conditions (item 3). After that and remarks about the further procedures on the way to ratification of the CAI (item 4) we will address controls of foreign direct investments by many EU member states which are not affected by the CAI and will continue to be applied irrespective of its provisions (item 5). Then the agreement between the EU and China on geographic indications regarding agricultural products, presented in September 2020, will be discussed (item 6) not putting last the very important aspect of investment protection (investment dispute resolution, item 7). In conclusion we will give recommendations on how to make best use of the far-reaching provisions of the CAI in business practice (item 8).

1. Economic and legal background for EU Investments in China

According to official data from the EU Commission, direct investment by European companies in China has totaled over EUR 140 billion since 2000. In view of the growth and size of the Chinese economy, there is still potential for this to increase. To promote foreign investment, China has indeed reduced the number of industries banned or restricted on its so-called negative lists as of 27 January 2021. Nevertheless, the bans and restrictions contained therein still pose significant hurdles for European investors, in some cases. These hurdles will be lowered by the regulations on improved market access in the CAI (see point 2. below). In addition, European investors in China complain that once they have obtained market access the conditions of competition in China are not always fair. This applies in particular to competition with state-subsidised and state-owned enterprises. In this respect, too, the agreement is intended to bring about improvements (see point 3 below).

The enhanced market access schemes for European companies in China cover a wide range of industries. It covers manufacturing such as, transportation equipment, telecommunication equipment, chemicals, and healthcare technology and the automotive industry, including alternatively powered vehicles. Financial services, healthcare (private hospitals), biological resources research and development, telecommunications and cloud services and IT services are all included. As are investments in land-based international maritime transport (cargo handling, container depots and terminals, maritime agencies, and more), air transport, computerised booking systems and ground handling. Construction is included and sales and marketing services feature in sectors like real estate, rental and leasing, transport repair and maintenance, market research, advertising, management consulting and translation services are covered. Finally, in environmental services, wastewater, noise abatement, solid waste disposal, exhaust gas treatment, nature and landscape conservation and sanitation feature in the CAI. China’s market access commitment also deals with residence and work permits for employees in EU companies to work in Chinese subsidiaries for up to three years, as well as free entry for representatives of EU investors for visit purposes prior to investment.

3. China’s commitments in the area of fair competition

Regarding state-owned enterprises, the CAI provides for China’s obligation to ensure that  decisions are solely based on economic criteria. This includes the obligation not to discriminate against European companies in the purchase and sale of goods or services. To assess whether the conduct of a particular state-owned enterprise meets these obligations undertaken by the Chinese side, the CAI provides for the obligation to provide specific information upon request.

The CAI introduces transparency obligations with regard to subsidies in the service sector. This includes an obligation on China to exchange information and consult on subsidies that could adversely affect EU investment interests.

To prevent forced technology transfers, the CAI includes a corresponding ban on various types of investment requirements that has caused them in the past. In addition, it provides rules for the protection of trade secrets against unauthorised disclosure by administrative bodies, such as in the context of a certification procedure relating to a good or service.

The CAI has yet to be signed. It is unclear how long the ratification process will take given that some parties in the EU Parliament opposed its ratification for reasons including allegedly insufficient commitments by China on labour and environmental standards.

Existing measures in the EU to control foreign direct investment are not affected by the CAI. They therefore continue to exist, although they mainly concern investments from China. But China does, after all, maintain controls on foreign investment through its negative list, which has been shortened but remains authoritative. In response to U.S. sanctions, in December 2020 the National Development and Reform Commission (NDRC) issued a ban on investments in the “military” sector and prohibited the acquisition of majority stakes in companies in the energy, natural resources, agriculture, internet technology and financial services sectors. It still needs to be clarified whether these restrictions would apply under the CAI.

Regulations on investment protection are to be agreed between the EU and China within the next two years as a supplement to the regulations stipulated in the CAI. These essentially concern the measures to which a company is entitled if it considers an investment unjustly endangered by state intervention, under which it can initiate arbitration procedures against the Chinese state. This would cover situations where legal norms are changed so that they call the long-term viability of the investment into question. For dispute resolution, China prefers investment arbitration under the  UNCITRAL (the UN Commission on International Trade Law) Rules on Transparency in Treaty-based investor-State Arbitration. These came into force on 1 April 2014.  Alternatively, the procedure under the ICSID (International Center for the Settlement of Investment Disputes, an organisation of the World Bank) Convention Arbitration Rules is also available for dispute resolution in investment arbitration. China has been a party to the ICSID Convention since 1993. Arbitrary awards under the ICSID Convention are, in principle, automatically recognised and enforced in the defendant recipient country of an investment. The UNCITRAL’s transparency rules, for their part, provide greater public awareness of state arbitration.

By way of background, prior to 2020 only four proceedings were initiated against China for violations of investment protection. Three more claims were filed in 2020 alone. No arbitral award has yet been issued in such proceedings. The bilateral agreement between Germany and China from 2005 basically invokes the arbitration rules under the ICSID Convention. One of the investment arbitration proceedings initiated against China prior to 2020 concerned the alleged expropriation of the right of use granted by the Chinese state to the subsidiary of a German company in respect of an industrial site on which buildings had been erected.

In its current form the CAI does, however, not allow to institute any formal dispute resolution procedures in case a violation of its provisions shall be raised.

In contrast to classical investment protection agreements, which regulate the post-investment phase, the CAI initially concerns the phase preparing and initiating investment – the market access phase. The protection of investments in the post-investment phase (see item 7 above) is reserved for a supplemental agreement yet to be negotiated. From the perspective of European companies, issues such as product piracy, public procurement and state subsidies are not or only partially covered by the current agreement.

Furthermore, they might note that the planned regulations on market access are far-reaching in terms of their content. In terms of their legally binding character, they are more alike trade policy guidelines. With respect to enforcing the claims under the CAI an agreement still needs to be reached regarding the protection of investor’s rights against the host country of the investment.

Since the CAI is not yet ratified, this assessment is only preliminary. Until it is ratified by both parties, it is not binding. This will certainly take at least another year.

In any case, Europe would stand to gain a lot from this agreement. China has offered considerable concessions. The market opening it provides had already been available to Chinese companies in Europe. In practice, until an agreement is reached on settling differences related to the agreement (investment protection, see above item 7), the monitoring mechanism takes place at the political level.

For European companies, it may also be important to consider how their trade with China may affect their business with the US. After all, business deals with Chinese companies can violate US sanctions against China. As the case of the Nord Stream 2 gas pipeline shows, US authorities may enforce trade restrictions against foreign companies, in the form of a so-called extraterritorial application – although they are primarily imposed upon US companies.

What was agreed in the CAI during EU-China negotiations last year were far-reaching and fundamental provisions that can be best applied in practice by political institutions, trade and business associations and individual businesses by relying on and invoking the broad provisions in their business dealings and other forms of exchange with their counterparts in China. What the CAI sets forth are fundamental principles for doing business under fair conditions and they should be applied accordingly.

The original version of this article was first published on the KUNZ Rechtsanwälte website.

Herman Knott is a partner and attorney-at-law at Kunz Rechtsanwälte. See https://www.kunz.law/law-office/lawyers/dr-hermann-j-knott-llm-upenn.