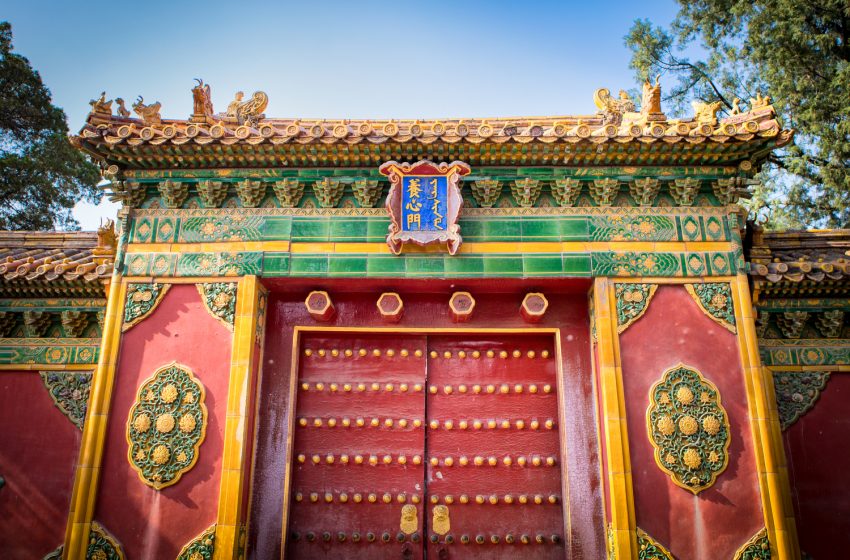 In principle, foreigners are allowed to work and reside in the People’s Republic of China (PRC; different regulations apply in Hong Kong SAR and Macao SAR) subject to obtaining a working and residence permit issued by the State Administration of Foreign Expert Affairs (SAFEA). While the permit is valid a foreigner may enter and exit the country without restrictions.

Permits are issues under a score-based system whereby applicants are granted a score based on a combination of several requirements. Assessment criteria including age, education, profession, salary, home state, Chinese language knowledge and awards issued by qualified international institutions (for migrants with specific skills).

Due to the global Covid-19 pandemic, the PRC Ministry of Foreign Affairs, in line with practices of other countries, issued the ‘PRC National Immigration Administration Announcement on the Temporary Suspension of Entry by Foreign Nationals Holding Valid Chinese Visas or Residence Permits’. It took effect on 28 March 2020 and temporarily suspending the entry of all foreign nationals to of PRC. Work and residence permits issued before 28 March 2020 were blocked. As a consequence, any foreigners holding (i) family reunification visas, (ii) permits issued for work or study, (iii) APEC business travel cards or (iv) other special visa-free and/or transit policies (e.g. Hainan 30-days visa free) were unable to enter the PRC after this date.

The announcement and other related implementing regulations further provided some exceptions. The right to enter China was limited to the following categories: (i) diplomats, (ii) holders of courtesy visa, (iii) holders of C visas (air crew), (iv) humanitarian visa holders, (v) travelers with Foreign Permanent Resident ID Card or c.d. Chinese green cards and (vi) holders of New Visas issued by the overseas PRC Embassy/Consulates after 28 March 2020. These categories were limited to urgent and mandatory business or essential work.

Following to the Announcement, applicants for these latter New Visas had to designate a sponsor – a legal entity established under PRC law. This could be their employer, another company or organisation depending on their reason for visiting or returning to China. Applications should be filed under the name of the sponsor to the highest level of People’s Government Foreign Affairs Office (FAO), generally at province or autonomous municipality level (i.e. Beijing, Shanghai, Tianjin and Chongqing), for the issuance of a so-called PU Invitation Letter.

PU Letters are official invitation letters, addressed to an overseas PRC embassy or consulate stating the full name, date of birth and passport number of up to five applicants. The applicant’s reasons for visiting China, their number of entries, the validity period of each entrance and destinations are also required, as is the name of the relevant overseas PRC embassy or consulate that will process the application. Upon submission, the applicant can obtain an M-type (business) visa with a single entry and valid for between thirty and 180 days. It is also possible to receive Z-type work visas or other permits, subject to specific conditions.

The data requirements and policies for requesting PU letters are not regulated in the Ministry of Foreign Affairs’s announcement or other national regulations. Thus, provinces and autonomous municipalities received broad discretionary and interpretational powers for assessing applications, and requirements may vary on a case-by-case basis.

Based on our experience, common requirements that may ease the issuance of a PU Letter are the following: (i) the amount of taxes above a certain amount paid by the designated sponsor during the previous year (ranging from CNY 1 million in Shanghai up to CNY 10 million in Beijing); (ii) the sponsor’s turnover (Fortune 500 companies are privileged for such purposes); (iii) an applicant’s existing type A permit; (iv) executive positions in local government (legal representatives, general managers, etc.) held by the applicant; (v) the applicant’s proven difficulty in carrying out work-related tasks and responsibilities outside of China; (vi) participation on key governmental projects (for example the 2022 Winter Olympic Games, Space projects, etc.), (vii) employment on businesses relating to manufacturing and trading Covid-19 related products (like face masks or vaccines) and other essential industries.

Upon satisfying of the necessary requirements, applicants may be granted a PU Letter and can apply for the New Visa at an overseas PRC embassy or consulate.

The procedures for New Visa applications and for returning to China are not standardised and subject to several frequent changes. Therefore, the procedures listed below have been simplified and, when detailed, draw on the author’s personal experience in obtaining a PU letter and New Visa in mid-July for travelling from Milan to Tianjin in July 2020. This journey via a chartered flight was organised by the Italian embassy in China and the China-Italy Chamber of Commerce.

As a rule of thumb, there are two options for returning to China after receiving a PU Letter: Normal track and fast track. The latter is governed by special intergovernmental agreements between certain countries and PRC, which have established the so-called “green channel procedures” for charter flights. Initially this covered only South Korea and Germany, but, later extended other states, including Italy. These were ad hoc agreements to facilitate the return of foreign visa holders blocked from China.

The application via the normal track includes the following steps:

Applications via the fast-track lane include:

Based on our experience the fast-track mode is in practice hardly applicable. The designated destination airports in the PRC are usually not in the same province as the governmental authorities which issued the PU Letter. In our experience, responses from PRC provinces and municipalities have differed in the past months, ranging from more flexible approaches in the southern provinces to more rigid approaches in the north, especially in Shandong Province and Beijing.

Upon returning to the PRC and completing of all the stages of the normal or fast-track entry procedures foreigners shall promptly assess the validity of their permits issued before 28 March 2020 with the local immigration authorities to ensure their reactivation while in the country. Foreigners are encouraged to renew work or residence permits before expiration. The suspension measures do not apply to the right of work and reside as such, merely the right of using permits to enter into PRC.

Leaving the PRC while the temporary suspension measures are still in force will automatically result in the need to repeat the whole entry process. This includes applying for a new PU Letter and quarantine upon returning to Chine. At least until the new policies introduced in March are revoked.

A new announcement – ‘Notice on facilitation of visa application for foreigners holding valid Chinese Residence Permits’ – was disclosed on 11 August 2020 on the official websites of Chinese embassies in several European countries. It detailed that citizens of certain European countries (including Italy and Switzerland) holding valid residence permit for work or private or family affairs shall be allowed to apply for a visa directly at a PRC embassy or consulate without an invitation letter and free of charge. However, at the time of writing the content and scope of this announcement is uncertain. We may assume that holders of resident permits shall be discharged from the obligation to apply for a PU Letter according to the New Visa policies. In other cases PU Letters remain mandatory.

Foreign nationals who are blocked outside PRC due to the aforementioned entry restrictions and thus were forced to physically reside for a prolonged time (normally longer than 183 days) in a jurisdiction other than PRC, should also consider certain potential tax issues connected with the concept of tax residency and related risks of double taxation.

In principle, international organizations such as the OECD already published Guidelines in April for incentivizing the member countries (including almost all European ones, but not PRC) to introduce tax emergency measures aiming at favoring those natural individuals who cannot return to countries which, due to a pandemic, have issued entry bans thus preventing the return to their country of residence.

Recently, Chinese authorities have issued an update of the policies by allowing the holders of valid residence permits to enter China without PU letter and without applying for a new visa. The policy adjustment has been in force since 28 September.

The suspension of the right of work and residence visa holders to enter Chine and the complex procedures for returning and quarantine are among the severest measures enforced by the PRC towards foreigners. Given the absence of an expiration date and other countries’ failure to slow the pandemic worldwide, it is difficult to predict when the announcement made in March and its related immigration policies will be repealed. It is reasonable to assume that the PRC will be able to introduce more flexible requirements for PU Letters to applicants in countries where the pandemic is mostly under control. This would facilitate the participation at internationally recognised trade fairs in the PRC, like the 2020 Shanghai International Import Expo. At the time of writing, this event has not yet been cancelled. The latest announcement in August represents a first step and evidence of the PRC’s intention to amend its immigration policies. The aim is likely to aligning regulations with those European countries that did not close their borders to foreign residents.