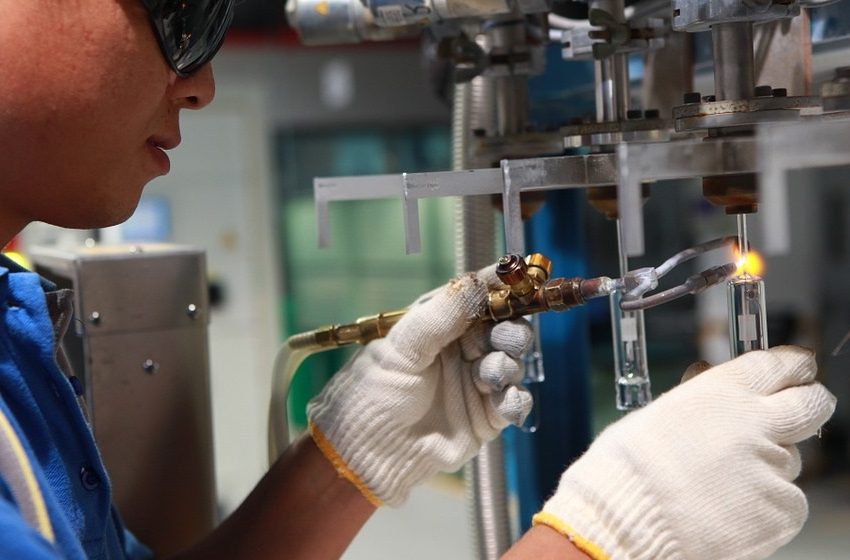 It has been a common commercial practice for many years for foreign companies doing business in China to enter into various types of manufacturing agreements with Chinese suppliers to delocalise production and benefit from the lower labour costs. In terms of costs, China might be becoming less appealing in several industries, but Chinese suppliers can still offer a competitive edge over bordering South Asian countries and are still in high demand.

In general, by means of its manufacturing agreements, the foreign party (the buyer), either directly or acting through its subsidiary in China, engages a local manufacturer (the supplier) for producing and supplying, on an exclusive basis, certain products. These products are to be manufactured and customised in compliance with specific and commercially valuable instructions, guidelines and specifications.

To do so, in principle, the buyer shall grant a license to the supplier to use certain intellectual property rights, either registered or registrable (such as trademarks, patents, and copyrights) as well as non-registered or non-registrable, for choice or provision of law (such as know-how or trade secrets).

In most cases the owners of valuable and inventive information, techniques and know how willingly decide not to register (and hence disclose) their intellectual property as patents. To keep them secret and confidential, however, some adopt a plethora of measures, which range from the stipulation of non-disclosure agreements with all employees and third parties, ad hoc governance terms and internal procedures, training, access and storage restrictions, seals of secrecy, isolation or encryption. By doing so, companies voluntarily give up the possibility to obtain a patent and thus a fully enforceable protection, albeit time-limited, and exclusive right of use and exploitation (in China, invention patent 20 years, design and utility model patent 10 years). This route means opting for protecting valuable information as a non-registered trade secret, which as long as there is no breach or leakage of information, shall last in perpetuity.

They also cover ‘business activity-related creativity, management, sale, finance, planning, sampling, bidding and tendering materials, customer information and data, etc.’ and ‘“Customer information” provided for in the preceding paragraph shall include such information as customer name, address, contact, trading habit, intention and content.’ This information, to be considered a trade secret, must be unknown to the public and have commercial value, and its owner must have adopted measures to ensure its confidentiality.

Article 10 of the Provisions of the Supreme People's Court further stipulate that trade secrets are protected by law or by contract, so that:

where no obligation of confidentiality is stipulated by the parties concerned in a contract, but as per the principle of good faith and in light of the contract nature, purpose, conclusion process and trading habit, etc., an alleged infringer knows or should know that the information acquired by it belongs to the relevant right holder's trade secrets, the pertinent people's court shall identify that the alleged infringer should assume the obligation of confidentiality in terms of the trade secrets acquired by it.

In China, business operators who allege a violation of their rights and legitimate interests have the right to file a complaint before the relevant supervision authorities (including the State Administration for Market Regulation) to activate an administrative investigation to stop infringing activities, collect and seize evidence and have the infringing party fined. This is a peculiarity of the Chinese legal system with respect to the protection of trade secret owners (including natural persons, legal persons, and non-legal person organisations) from unfair competition, including non-authorised disclosure of trade secrets and usual civil and criminal liabilities. Administrative enforcement is normally very quick and effective at stopping illegal conducts and is very useful to collect evidence in view of future civil or criminal enforcement.

Hence, it is crucial for buyers to stipulate comprehensive written manufacturing agreements and ensure that legally binding and enforceable non-disclosure obligations are established, either as a clause within the agreement, or a separate contract to assure full protection (under the law as well as under the contract) of the trade secrets. This is particularly important as foreign parties often simply exchange proposals and accept terms and conditions via email, WeChat and simple purchase orders and invoice. Typical non-disclosure obligations include covenants regulating the limitation to the use of trade secrets strictly for the agreed purposes, non-disclosure to non-authorised parties, non-circumvention and non-instigation of third parties to violate the obligee’s requirements of confidentiality. It has happened that Chinese suppliers engage third parties, such as other affiliated companies or relatives with no apparent connection to the obligor, to circumvent their confidentiality obligations and access the trade secrets without apparently infringing their obligations to the buyer.

In this regard, the Anti-unfair Competition Law and ‘Provisions of the Supreme Court’ have increased the protection granted to the owners of trade secrets by introducing the concept of misappropriation through electronic intrusion.  The Anti-unfair Competition Law has also, with the aim of prohibiting the practice of circumventing protections, expanded the scope of forbidden infringing actions to cover the acts of

there is evidence showing that such trade secrets have been or have the possibility of being published or used by the alleged infringer;

there is any other evidence showing that such trade secrets have been infringed by the alleged infringer.

In practice, under these circumstances, it shall be infringer’s duty to prove that the trade secrets claimed do not fall within the scope provided by the Anti-unfair Competition Law and ‘Provisions of the Supreme Court’ and hence that there is no infringement of any trade secrets.

Last but not least, imagine if the buyer transfers production molds to the supplier. It is essential that the manufacturing agreement regulates and defines their ownership to exclude any supplier’s right of lien or other security interest or encumbrances over them. Failing to do this may prevent the buyer from regaining them in case of disputes or the agreement’s termination, for whatsoever reason. Moreover, buyers should ensure that contracts include provisions regarding the title and ownership of the final products after they are developed by the supplier and to clearly establish limitations to the former’s right to sell them.

Another crucial term to negotiate and select carefully when dealing with manufacturing agreements and trade secret protections in China is the governing law and jurisdiction. It is a popular belief amongst foreign buyers purchasing from Chinese suppliers that opting for the governing law of their country and designating a local court or arbitration where they are registered, or in a neutral jurisdiction, is by far the safest choice. However, on the contrary, as far as enforcement is concerned, a foreign jurisdiction and governing law, are not always the most effective way for enforcing a contract against a supplier, whose assets are in China and might not spontaneously obey a foreign court or arbitration judgement. On the other hand, the benefit of a foreign jurisdiction could be to protect the supplier’s assets in that country.

Indeed, although China has entered into bilateral treaties for reciprocal judicial assistance with several jurisdictions and signed the New York Convention on the Recognition and Enforcement of Foreign Arbitral Awards, the success rate of recognising and enforcing foreign judgements and awards in China is still relatively low. This is because Chinese People’s courts often reject the foreign judgements or awards by arguing that they lack grounds due to violation of Chinese public policy. This happens very often in case of default judgements, in other words, when the Chinese party does not appear during a foreign court or arbitration. Since Chinese and foreign laws may differ, Chinese courts frequently raise public policy violation issues, or raise concerns regarding the method of serving the notification, source, effectiveness, and authenticity of the foreign court judgements (or awards). Thus, if the supplier is a China-based company with no assets overseas, selecting Chinese law and Chinese court or arbitration as the dispute resolution forum appears far more effective in terms of enforcement and blacklisting measures against the supplier.

There are a lot of pros and cons involved in choosing between litigation or arbitration, and the decision should consider the nationality of the parties involved, type of dispute, disputed amount, and so on. As far as disputes connected to international sales are concerned, arbitral commissions such as the China International Economic and Trade Commission (CIETAC) or Shanghai International Arbitration Center (SHIAC) represent valid options for solving disputes in a neutral and unbiased environment and for ensuring smooth enforcement. Indeed, these arbitral commissions allow parties to customise the arbitration clause in the manufacturing agreements, by choosing the composition of the commission, nationality of the arbitrators, languages used and more. In addition, arbitral commission awards are final and binding, verdicts are normally issued within one year of application and are immediately enforceable.

It is worth noting that these terms and conditions should be carefully negotiated and set forth also under the circumstance whereby the buyer is willing to incorporate a joint venture (JV) in China and undertakes to transfer trade secrets to it. To avoid non-authorised use or disclosure of trade secrets by the Chinese partner and for business beyond the JV’s scope, laws in force in 2020 let both parties agree on the terms of use of any trade secrets involved. A JV agreement is required to be filed at local approval authorities for the validity and supplemented with separate technology transfer agreements. The JV laws provided a maximum ten-year term to a technology transfer agreement after which a JV would acquire the right to use it in perpetuity under no further restrictions. However, China’s Foreign Investment Law, that came into force on 1 January 2020, abrogated this provision of the JV laws and parties are now free to negotiate the terms of use and return of the trade secrets within private (non-disclosed) shareholders agreements.

All in all, China’s current legal framework grants a high degree of protection and remedies for buyers engaging suppliers to produce customised products. However, for the buyer to ensure their protection as prescribed under the Anti-unfair Competition Law and ‘Provisions of the Supreme Court’ in case of disputes, they should conduct due diligence in selecting a trusted supplier. This will also ease the collection of evidence for activating civil, administrative and criminal liabilities.  They should ensure to enter into comprehensive and legally binding manufacturing agreements, making sure to cover the terms and conditions regulating the license, limitation to the use and non-disclosure of trade secrets, while carefully selecting the contract’s governing law and jurisdiction.